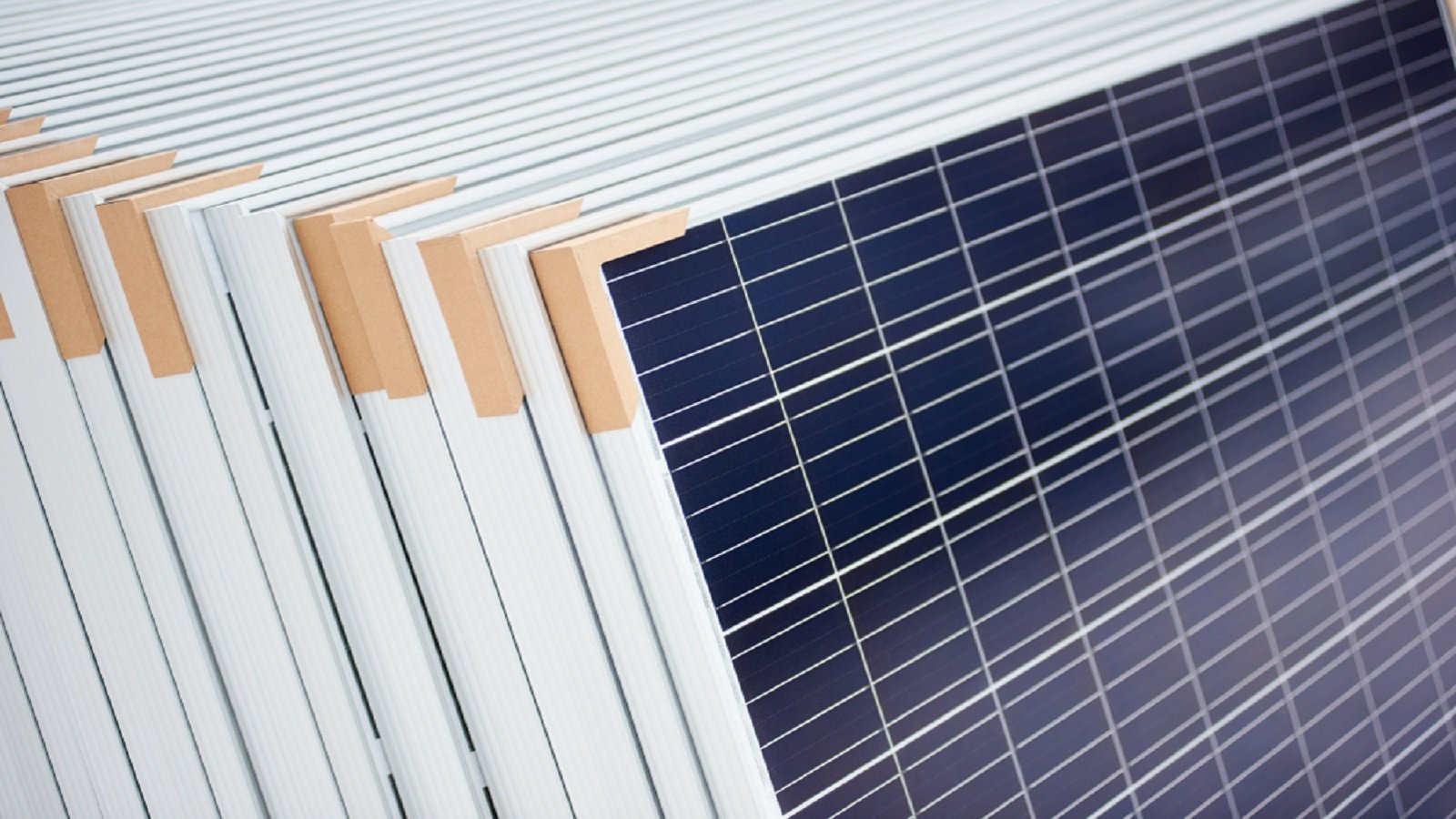 In the early 1930s, the automobile industry experienced an unexpected turn of events. A new player entered the auto sales market – the used car dealer – who transformed the industry into what it is today.

The same trend is now happening in the solar industry with used PV modules.

“2020 has been the year of the used solar panel,” states Jay Granat, a wholesale solar equipment broker and member of EnergyBin since April 2019. Demand has exploded for used panels this year with buyers purchasing in bulk megawatt levels.

In this article, Jay shares his experience dealing in the secondary solar market and offers advice to buyers considering used panels as an alternative to new. But first, here’s a brief history lesson to set the stage for what’s happening today regarding the burst of used solar panel demand.

There are a number of parallels between the evolution of the auto industry and that of the solar industry. Both have brought forth technology innovations and upgrades. Both have seen a contraction in competition. Both have experienced global economic crises and the evolution of new business models.

When Ford engineered the Model T in 1909, he had a vision that the automobile would become a mainstream consumable – “a car for the great multitude”. Ford innovated the assembly line for mass production. His success led to imitation and competition.

By the 1920s, General Motors, Chrysler and other companies were producing and marketing new cars. In 1929, competition consolidated from 108 manufacturers to 44, and the “Big Three” (Ford, GM and Chrysler) held 75% of the U.S. market share. Business was booming.

Then, the Great Depression happened and sent a financial shock through the global automobile industry. Despairing economic conditions and a surplus of automobiles in the 1930s opened the door to a new entrant -- used car dealerships. Used cars offered an affordable alternative for many Americans and Europeans.

How does this history lesson compare to the solar industry?

Similar factors have led to the dawn of the secondary solar market.

The first silicon PV cell was developed in 1954 by scientists at Bell Labs. But it wasn’t until the last ten years that solar capacity has exponentially grown. Total worldwide capacity in 2010 amounted to 40 GW. Today, capacity has jumped to more than 630 GW, and analysts predict another 112 GW to be added by the end of 2020.

Solar panel efficiency has increased so rapidly in recent years that wattage has gone from 290 watts in 2010 to over 600-800 watts today. In August, Jinko Solar unveiled the new 610 W Tiger Pro module followed by Trina Solar’s announcement of the Vertex 660 W series. Shortly thereafter, JA Solar surprised the industry with the 785-810 W HRM series.

Only the most robust solar companies have thrived. A plethora of bankruptcies, mergers & acquisitions, and exits have altered market share. Today, ten module manufacturers dominate the industry with a combined 65.4% market share. Of these manufacturers, 80% are Chinese companies.

With the onslaught of coronavirus, solar installations have slowed. Analysts predict global capacity will be 4% less than last year’s figure due to the virus. Although this economic shock is not as upsetting as the Great Depression, it has caused many companies in the industry to make drastic budget cuts.

Some power plant owners and investors are taking advantage of falling prices to repower solar arrays. But decommissioned modules are nowhere near end-of-life. In the United States and Europe (where permitted), large-scale solar arrays that are ten years and younger are being uninstalled at increasing rates.

What happens to decommissioned panels?

The auto industry reveals what is now happening in the solar industry regarding used goods. Think about it. The auto industry experienced a surplus of new cars, which drove down prices. Lower prices for new, advanced car models led consumers with economic means to replace their existing cars earlier than expected.

The volume of used cars in or near “like new” condition grew, and entrepreneurs saw value in remarketing used cars to consumers at lower prices than new cars. This resale model propelled the auto industry forward making auto ownership accessible to an infinitely larger number of consumers.

In the solar industry, resale of used panels is just beginning to take off. Some solar equipment brokers have already realized the economic opportunity of remarketing decommissioned solar panels. So long as they are in working condition, and the glass is not shattered, they hold resale value.

“Non-shattered panels always have someone who’s willing to buy them and put them back into use somewhere in the world,” explains Jay Granat. “If it’s a working solar panel, there’s always a buyer.”

Jay Granat is the owner of Jay’s Energy Equipment, a wholesale solar technology brokerage firm located in northern California. In his ten years of experience working in the secondary solar market, he has never seen such high demand for used panels than in 2020.

Most of the customers Jay deals with are located in developing nations and are buying used panels at megawatt levels from 1 MW on up. Just last year, Jay and his business partner broke the U.S. national record for the largest single transaction of used panels at a whopping 25 MW.

“Buyers from developing nations like doing business with the U.S. because sellers tend to be honest and straightforward. Plus, the module quality is usually in excellent condition and newer technology.”

Beyond repowering, reasons for infant uninstalls vary. Sometimes a building/property with a roof-top or ground mount is sold, and the new owner dismantles the array. Or, a building with an existing array is demolished. Other times, an array is partially destroyed by a natural disaster, but instead of replacing just the damaged components, the insurance company decides to replace all components.

“I’ve also seen many cases where panels are installed but never connected because the deal fell through for some reason. Perhaps the permit wasn’t approved, or there’s a physical engineering issue with the weight of the roof load.”

From Jay’s point-of-view, there has been a huge up-tick in demand this year. In fact, he has taken the liberty to rename 2020 as “the year of the used solar panel”.

For every one phone call he receives from a caller wanting to sell used panels to his brokerage firm, he gets 4-5 more calls from buyers.

Jay attributes increased demand to three economic drivers. First, consumers are concerned about grid reliability and are looking for ways to be self-sufficient. For example, consumers are investing in solar and battery systems in California as wildfire tragedies persist and in Puerto Rico after the devastation of Hurricanes Maria and Irma.

Second, international and national scares, like coronavirus, create spikes in demand for off-grid energy preparedness. Third, consumers with tight budgets are turning to the most affordable option.

As these drivers imply, the bulk of used panels are sold for off-grid solutions. They are installed for home energy, solar well pumps, Wi-Fi sites, solar irrigation, battery charging and other uses. According to the World Bank, the off-grid market is a $1.75 billion sector.

But used panels are not just for off-grid. They are deployed as replacement parts, installed in small power grids/micro-grids and purchased by price-conscious homeowners, businesses and non-profit organizations who want to generate renewable energy.

Several considerations are taken into account when buyers are faced with the option to purchase used solar panels. Such factors include age and efficiency level, price, and whether a seller’s guarantee is extended.

The average degradation rate of a solar panel is <1% per year. This rate measures how efficiently sunlight is converted into power. Most manufacturers guarantee their panels will produce power at 80% or higher for the first 25 years of life by using this rate.

Used panel buyers rely on this rate as well to calculate the number of panels needed to achieve their desired energy output. Especially for used panels that are 0-9 years old, they still operate at high efficiency rates but tend to be significantly less in price.

The price of a used panel ranges from 50-75% less than new modules. Jay lists equipment starting at $0.10 per watt. The price depends on the age and efficiency level.

You may think that non-transferable warranties may deter buyers from selecting used panels. But the lower price is more attractive for many buyers than a manufacturer’s warranty.

“Buyers recognize that if they buy used, they’re doing so under self-warranty. It’s just like buying a used car on Craigslist. Often, buyers will test a sampling of the panels before making a decision to purchase the lot. Sometimes, sellers will offer a money-back guarantee based on a verified energy producing level.”

To the savvy buyer, Jay offers three tips to keep in mind when shopping for used panels.

1. Pay attention to the age. Try to buy panels that are less than ten years old. The younger, the better.

2. Verify that the backsheets are not peeling off and that the glass is not damaged.

3. Buy from a reputable seller who offers a money-back guarantee based on the stated power output.

To those solar companies who have used panels to sell, get in touch with Jay.

"Any solar panel that is not shattered - that is not damaged - is usable by someone somewhere in the world."

To Jay Granat, owner of Jay's Energy Equipment, for sharing your knowledge about the used solar panel market.

What You Should Know About Buying Refurbished Solar Panels and Inverters