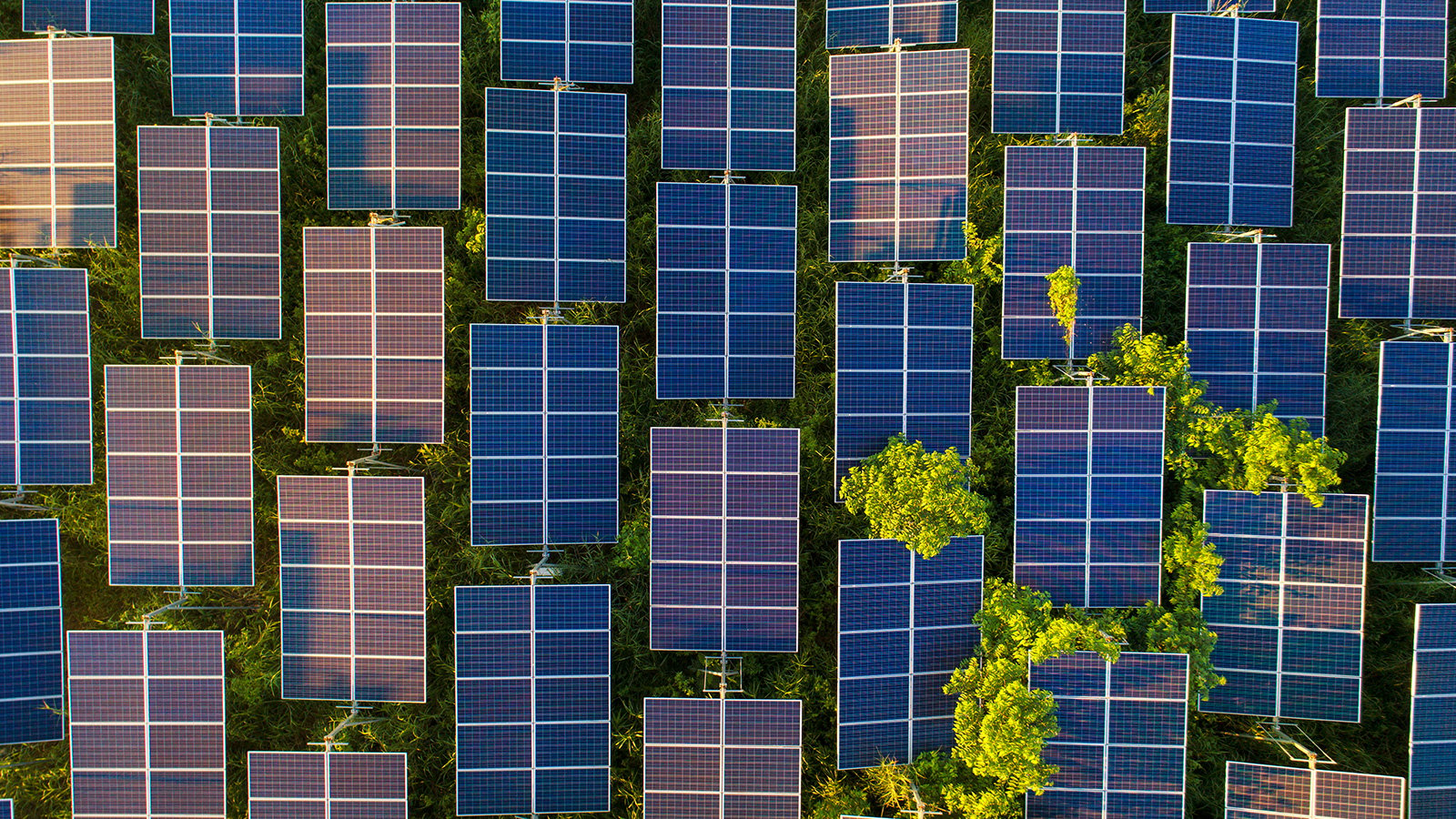 The State of Solar Panel Recycling in North America

The solar panel recycling sector is in its early stage of development, but it’s never too early to plan for the future. With exponential growth of PV waste expected in the coming decades, now is the time to build recovery systems for this material.

Over the last two decades, large solar arrays have become an increasingly common sight in landscapes across North America and around the world. While solar equipment can stay in circulation for over 30 years, end-of-life management of this material has become a larger talking point, and one organization has predicted that about six million metric tons worth of solar panels will be hitting the waste stream annually across the globe by 2050.

What are the details on this potential market for material recovery? And how can the recycling industry prepare itself for the growing solar stream?

The materials and the market

First, consider the basics of the equipment in question. In the world of solar energy, photovoltaic (PV) cells are the most common technology utilized. Panels made of PV cells convert sunlight into electricity.

Most materials used in the construction of these modules are non-toxic. Some are precious metals, such as silver and tellurium.

There are two types of PV panels that account for most of the market today; crystalline silicon (c-Si) modules and thin film. The c-Si modules are the most prevalent, accounting for 90-95% of global production. A typical c-Si panel uses a materials mix of glass (76%), polymer (10%), aluminum (8%), silicon (5%), and copper (1%). Trace amounts of silver, tin, and lead, which is less than 0.1%, are also used in the products.

In thin film modules, meanwhile, the panel is made of thin films of semiconductors deposited on glass, plastic or metal, providing flexibility for functional applications.

There are three versions of thin film chemical makeup – amorphous silicon (a-Si), cadmium telluride (CdTe), and copper indium gallium selenide (CIGS). A variant on this last category is gallium-free CIS. CdTe is the most common with a materials breakdown of glass (97%) and polymer (3%).

It’s worth noting that even if solar panels end up in landfills, they are unlikely to negatively affect human health directly. In a recent report, the International Energy Agency (IEA) concluded that lead in c-Si panels amounts to one-tenth below the risk threshold set by the U.S. Environmental Protection Agency. The risk is even lower for cadmium and selenium in thin-film panels.

But that report does not take into account the economic potential of equipment resale and secondary raw materials. It’s in this realm that opportunity is building.

Presently, less than 1% of end-of-life (EOL) solar panels is disposed of annually, according to the Solar Energy Industries Association (SEIA). Solar panels tend to produce energy at manufacturers’ guaranteed peak performance levels for an average of 20 to 25 years. Following that time period, they will still produce power but below the industry standard of 80%, losing about 6-8% annually. Depending on the owner’s energy consumption needs, it’s possible for a solar system to last 30 to 40 years.

Nonetheless, analysts expect to see disposal volume increase exponentially in the coming decades due to the rapid growth of solar installed since 2010.

The National Renewable Energy Laboratory (NREL) states that PV modules could make up more than 10% of global electronic waste tonnage by 2050. Further, the International Renewable Energy Agency (IRENA) predicts cumulative global PV panel waste between now and 2050 could be between 60 and 78 million metric tons, with the annual global total reaching six million metric tons by 2050.

China, the United States, India, Japan, and Germany are on track to produce the largest amount of PV waste. Combined, these countries will yield just under 50 million metric tons over the next three decades, according to NREL.

There are instances when system owners may choose to replace panels sooner than the point at which they hit end-of-life (EOL). Two primary reasons for non-EOL decommissions are technology upgrades and policy changes. Some used solar panels for resale are between two and five years old.

Buyers tend to search online for used panels. Buyers and sellers connect to one another via online marketplaces. For instance, EnergyBin, a vetted B2B trading community, connects solar companies and resellers to buy and sell new and used PV equipment. Although 90% of equipment traded on EnergyBin is new, some used equipment is available for resale.

A reputable reseller, who specializes in equipment testing, has the capability to appraise equipment. The reseller conducts quality control tests, measures amp and voltage performance, inspects safety levels, and reports results in writing. If a panel fails testing, it is forwarded onto a recycling center for raw materials extraction.

The realities of today's recycling ecosystem

NREL expects the United States to be one of the world’s top benefactors as more solar material reaches EOL. Anticipated PV waste in 2030 would generate $60 million in raw material recovery. By 2050, the U.S. could profit $2 billion.

These estimates don’t include any legislation or consumer incentives that could be passed into law. But recycling challenges also lie ahead.

First, the cost to recycle this material tends to be prohibitive. Presently, processing costs per panel do not yield a lucrative return in raw materials recovery. Plus, many landfills charge a minimal cost per pound, or no fee at all, for disposal.

According to NREL, current technologies, processes, and services for PV recycling in the U.S. are not optimized for cost-effective recovery.

In Canada, the cost is greater due to the fact that processing facilities are non-existent. Recycling companies operate a handful of collection centers in the country from where they ship panels to recycling facilities in the U.S.

However, a number of entities are investing resources with the belief that innovation can lead to efficiency. First Solar, for instance, is a U.S.-based manufacturer of thin-film modules with an on-site recycling facility. The company has a take-back program in which customers pay to have material recycled.

Determining who is responsible for the cost is often debated. Some believe manufacturers should foot the bill, and others hold the notion that consumers should pay. Contentious debate around this has been seen in jurisdictions where solar panel recycling legislation is being considered.

Notable legislation passed in recent years includes SB 489 in California, SB 5839 in Washington, and the Waste Electrical and Electronic Directive (WEEE) in the European Union.

Meanwhile, Chapter 70.355 RCW of Washington’s bill requires manufacturers to fund recycling programs for their modules sold in the state after July 2017. Washington’s bill has recently been challenged through HB 2645, which moved through the state legislature in 2020 and grants each manufacturer a new deadline of July 1, 2022 to submit a stewardship plan to the Washington Department of Ecology.

Europe’s WEEE legislation was amended to include PV modules in 2012, which mandates PV companies collect and recycle their EOL products as well as guarantee the financial future of PV waste management.

By addressing these issues early on, municipalities aim to prevent what has historically happened with EOL electrical and electronic e-waste (EOL EEE) where an average of 20% of e-waste is recycled.

How can recycling system leaders help?

Still, more action needs to happen to ensure processes are in place to reap the economic advantages of future PV recycling. Local and state recycling sector leaders can play a role in advancing solar panel recycling opportunities. Here are three ways you can get involved today.

1. Craft and implement a plan to address solar panel recycling.

Having a plan will help to create a seamless process for solar panel recycling today and in the future. Recycling facilities need to determine what role makes best sense for their operations. For instance, an operator may decide to add a PV recycling division to an existing facility, or the operator may determine that partnering with another facility that specializes in solar panel recycling is the better option.

There is a growing network of e-scrap and solar panel recyclers who are forming strategic partnerships to address PV recycling needs today and plan for future volumes. As an online business community, EnergyBin can help stakeholders locate partners in a given geographic area. EnergyBin and its sister site BrokerBin, have members who specialize in secondary market services present in more than 60 countries.

Forming a strategic partnership allows each partner to contribute what they do best. Perhaps one partner focuses on logistics and the other on processing. The logistics plan could entail a stationary collection site, mobile collection points, or a combination of the two.

Consider engaging solar installers in your area to transport decommissioned panels back to their business locations. The consumer benefits from ease of recycling as the installer packs out the old after installing the new. Recycling companies, meanwhile, benefit from fewer pick-up locations to manage.

Whatever direction you choose to pursue, the plan should be developed with the customer in mind. Ask, “How can we make it easier for solar system owners to recycle?” Keep in mind that consumers tend to choose recycling over waste only when they perceive the ease of recycling over the difficulty of disposal.

2. Stay up-to-date on recycling developments and get involved in policy-making.

A plan for solar panel recovery should allow for flexibility as the political and economic landscapes shift. Keep an eye on legislation and new entrants as well as consumer behavior and technological advances. These factors will shape and change the playing field.

Here are some key resources that provide solar panel recycling information and updates:

You may also want to follow what other industries are doing to advance recycling. For instance, watch the EOL EEE sector for new developments.

Aside from staying informed, consider how you can lead the way in developing a circular economy. Perhaps you can be an instrumental player in proposing new legislation or crafting state-wide protocol.

In addition to proper handling standards, any stakeholder involved with new legislation should consider the benefits of incentives. When consumers have an economic motivation to recycle, they are more likely to participate. Incentives can be strategically deployed to boost volume.

There are a number of incentives that tend to have a positive effect on consumers, including financial programs (cash-back and discount coupons), environmental enticements (for instance, for every panel returned, a tree will be planted), and societal charity incentives (donations). Consider how your company could motivate consumers with incentives as well as how collaborative efforts among stakeholders could lead to an appealing incentives package.

3. Educate your customers and the general public.

Another way recycling system leaders can take part in solar panel recycling efforts is via education. Providing education to the general public on the environmental and economic advantages of recycling is quite similar to what the renewable energy industry does on the front end to convince consumers to switch from fossil fuels to solar.

If you run a community program, include information on your website with links to solar recyclers in your area. You could insert a message in your newsletter or attached to customer billing statements.

You may also want to consider hosting webinars or events for consumers with solar systems. Invite guest speakers from the solar industry to present. Publish a recording of the presentation on your website as a resource.

Education today can help a community adopt the practice of EOL solar panel recycling for the long-term. It also has the power to shape consumer behavior by making the act of recycling feel like an everyday routine.

The original version of this article appeared in the August 2020 issue of Resource Recycling.